A mother and her child play together inside a bay window sill.

According to an annual report released on Wednesday by the United Nations Population Fund (UNFPA), 40% of all US births happen outside of marriage indicating cultural and economic changes.

The article states that several factors are at play here which include a supportive welfare system, delayed motherhood, an increase in cohabiting adults, a decrease in the marriage rate, among others.

In the EU, more births out of wedlock can be associated to the welfare systems in place that support gender-balanced care. These programs give unwed parents support beyond what a partner can provide, such as public health care systems, paid paternal leave, early education programs, and tax incentives.

In the US, women are more likely to delay motherhood. The average age an American woman has her first child is now 27. In 1970, the average age was 22. Kelly Jones, the director for the Center on the Economics of Reproductive Health at the Institute for women’s Policy Research states that “Women are claiming their ground professionally.” she added, “Delaying motherhood is a rational decision when you consider the impact it can have on your career, and that’s contributing to this trend.”

The study also points out that such births are predominantly to unmarried couples living together rather than to single mothers. The number of adults cohabiting has steadily risen over the years while the marriage rate has fallen. John Santelli, a professor in population, family health and pediatrics at Columbia’s Mailman School of Public Health says “Cohabiting partners are having children before getting married. That’s a long-term trend across developing nations.”

When couples find their relationship in dire straits, and separation seems like the best option, births outside of marriage within these relationships present a different set of challenges not found in your typical run of the mill divorce case. one key difference is the need to establish parentage between the father and child, which is a requirement in the State of Illinois.

Throughout history societal and economic changes has always spurred the creation of new laws and the abolishing of others. Vaclavek Hartman Vaclavek, P.C. has always been on the forefront of change and we take pride in being able to adapt quickly and effectively to changes in society and what those changes bring to the legal realm.

Vaclavek Hartman Vaclavek, P.C. has extensive experience handling parentage cases representing both mothers and fathers. It is our priority to work with you to ensure your rights and your children are protected.

If you find yourself in a similar situation, you are not alone. Learn how we can help you and get your questions answered today. At Vaclavek Hartman Vaclavek, P.C., we are by your side every step of the way.

bloomberg.com – U.S. Births Outside of Marriage Did you know divorce rates for couples over 50 have more than doubled in the past twenty years? Are you thinking of getting a divorce and you are over 50 and have questions about what

Tom Vaclavek has been Awarded by AIOLC as One of the 10 Best Real Estate Attorneys in Illinois for Client Satisfaction. This is the Second Year in a Row He has been Honored with this Award. A significant change to the tax law regarding maintenance will pose a significant impact for divorcing couples in 2019.  Maintenance has traditionally been a tax deduction for the payer and taxable for the recipient. This (CNN)Mothers often complain about getting the short end of the stick in divorce cases involving child custody, but so do many fathers. For parents who are trying to juggle shared custody, child support payments and According to an annual report released on Wednesday by the United Nations Population Fund (UNFPA), 40% of all US births happen outside of marriage indicating cultural and economic changes.  The article states that several factors Now is the time to get your house on the market. According to Illinois Realtor Association the first quarter sales showed growth over last year’s first quarter. Interest rates are still low, but are going 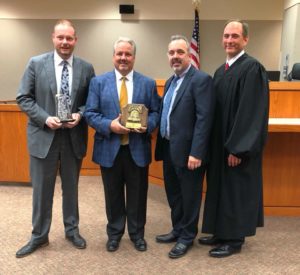 The law firm of Vaclavek Hartman Vaclavek, P.C. is proud to announce that Tom Vaclavek was honored by the McHenry County Bar Association for his active involvement in the community at the annual Law Day 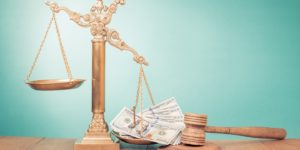 Saying the law is essentially antiquated and violates the equal protection rights of divorced parents, a DuPage County judge has found a state law requiring divorced couples to fund their children’s college education to be